NYC princesses (& princes) can live out regal fantasies at shows & spots all over NYC. Also see our guide to extravagant desserts fit for royalty. 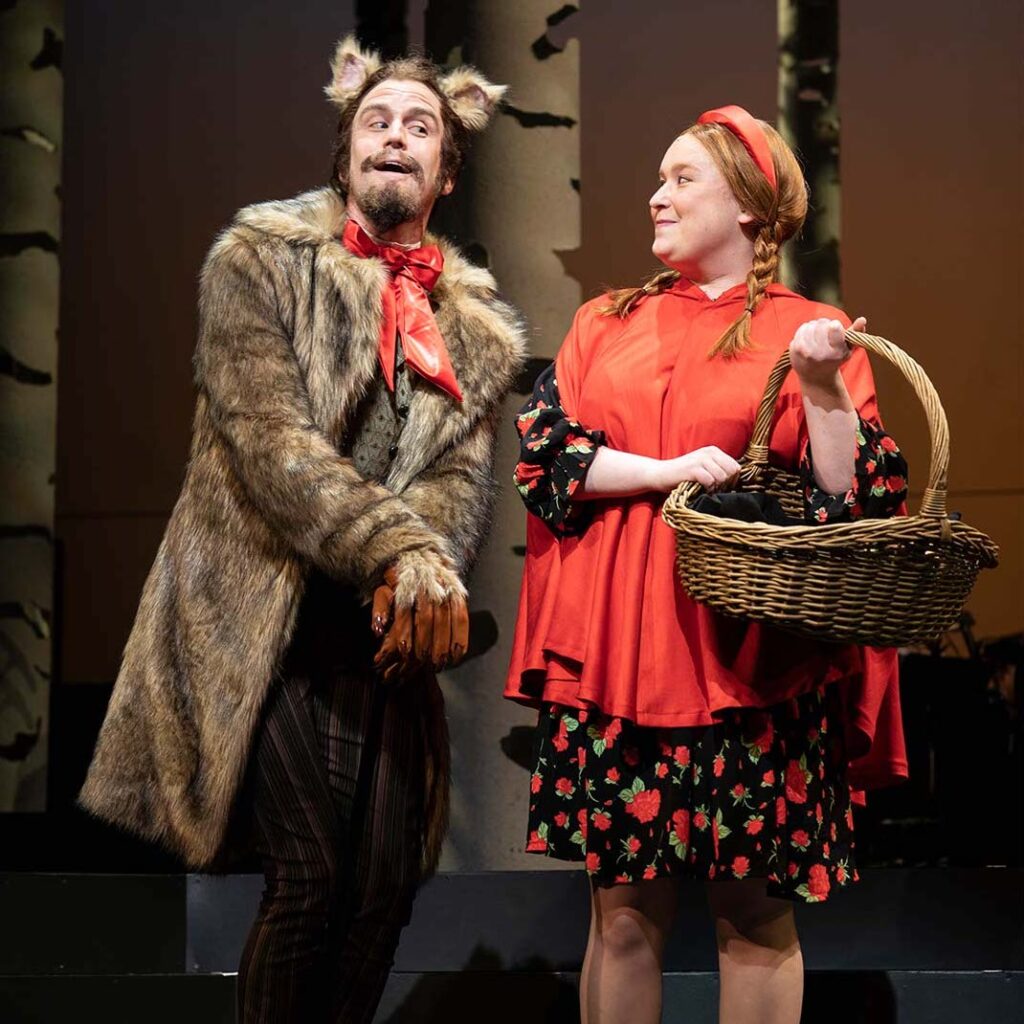 Lots of humor and action in the first act as the plot follows . The second act goes beyond the happily ever afters and gets quite dark, though the ending is uplifting/bittersweet.

⏱ 2 hours and 50 minutes with one 15-minute intermission. Second act is (gorgeous) ballad heavy and can be tough for squirmy kids.
❤️ A lascivious wolf preys on a young girl and there is some extramarital heavy kissing.
💥 A few beloved characters die by giant (indicated by enormous shoes). Usually referenced rather than shown. Very sad, though most of them come back onstage to sing later.
💥 Follows the original, not Disney versions of the fairy tales, so  body parts are chopped off, knives are wielded, granny and girl are swallowed, etc. Nothing is graphic and usually played for comedy.

🎟 Enter the digital lottery for $50 tickets before 10:30 am the day of weekday performances or before 10:30 am the Friday before for weekend performances.
🎟 A limited number of $59 rush tickets available in person at the St. James Theatre box office each day beginning at 10 am. Each person can request up to two tickets for that afternoon or evening’s performance.
🎟 The mezzanine is very raked, so good views for shorties.

📚 In Chris Colfer’s fast-paced, hugely popular The Land of Stories series, two siblings fall into a fairy-tale world, like Sondheim’s woods but viewed through 13-year-olds with a  modern twist. Illustrated companion The Land of Stories: A Treasury of Classic Fairy Tales explains most of the fairy tales found in the musical.

📚 Get more alternative takes on popular characters in Red: The (Fairly) True Story of Red Riding Hood and Jack: The True Story of Jack and the Beanstalk, plus over-the-top princes in The Hero’s Guide to Saving Your Kingdom.

📚 Kids can go into their own woods with Endlessly Ever After: Pick YOUR Path to Countless Fairy Tale Endings!, a funny, original choose-your-path picture book of fractured fairy tales. One of the most iconic features in Central Park, this miniature castle is located atop the huge rock outcrop known as Vista Rock, the second highest natural point in Central Park.

The whimsical structure, designed by Calvert Vaux and Frederick Law Olmsted in 1869, provides the highest and best views of the Park and the adjacent cityscape – plus has bathrooms, water fountains, some informational displays plus medieval-esque staircases and doorways for playing princess/knight.

Download the Belvedere Castle Audio Guide  (available in English, Spanish and American Sign Language for info about the architecture and history of the castle. 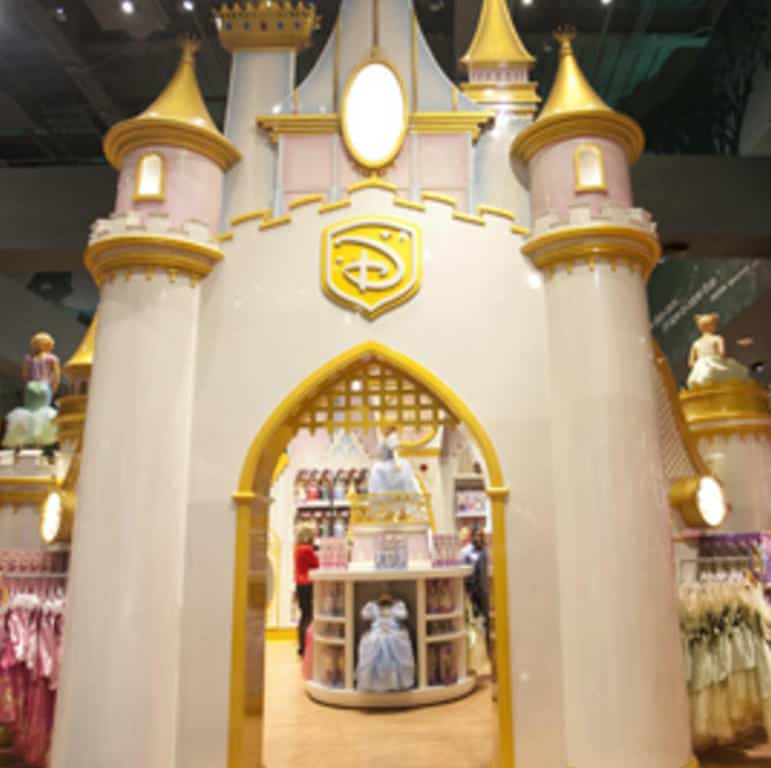 Explore a castle-like museum overlooking the Hudson River in northern Manhattan’s Fort Tyron Park. This branch of the Met dedicated to the art, architecture, and gardens of medieval Europe has secret passages, peaceful gardens, stunning terraces with river views, golden treasure and lots of depictions of animals including intricate unicorn tapestries (warning, the unicorn gets killed).

🍽 Get sandwiches, pastries and snacks at the counter-service outdoor Trie Café in a lovely courtyard.

🌳  Pack a picnic to eat in the lovely surrounding Fort Tryon Park, which has lots of amazing views and pretty pathways. The Anne Loftus Playground is less than a ten-minute walk northeast. See footage and art from favorite Disney films and learn about their real-life inspirations in the magical exhibit. See examples of European visual culture that Disney animated films, including nods to Gothic Revival architecture in Cinderella (1950), medieval influences on Sleeping Beauty (1959), and Rococo-inspired objects brought to life in Beauty and the Beast (1991).

Over 150 production artworks and works on paper from the Disney archives are displayed alongside sixty works of 18th-century European decorative arts and design—from tapestries and furniture to Boulle clocks and Sèvres porcelain.  See how animating the inanimate was the guiding principle of both Walt Disney Studios and of the Rococo craftspeople.

So much to see for lovers of castles, princesses, history and art. Highlights include glimpses of early, ultimately unused concepts for Beauty and the Beast like a foppish Gaston and a monkey-faced Beast, and depictions of the castles at each theme park world wide.

Note that there is often a wait to get into the exhibit – over an hour on a recent Sunday afternoon – and no members line. It winds through the Greek & Roman galleries, so maybe pick up a book on ancient mythology from the delightful museum gift shop to stay entertained.

See our complete guide to the Met.⁣ Princess Play at Let’s Dress Up

Choose from a wide selection of princess and glamour dresses, select matching jewelry and accessories, get a little make-up done, take a photo and then sit down to a seasonal or themed tea party. After tea, hear a story and color, followed by transition time (aka dance party).

Look for upcoming weekend Princess Plays, some with special themes, or arrange private weekday playdates for 6 or more kids. 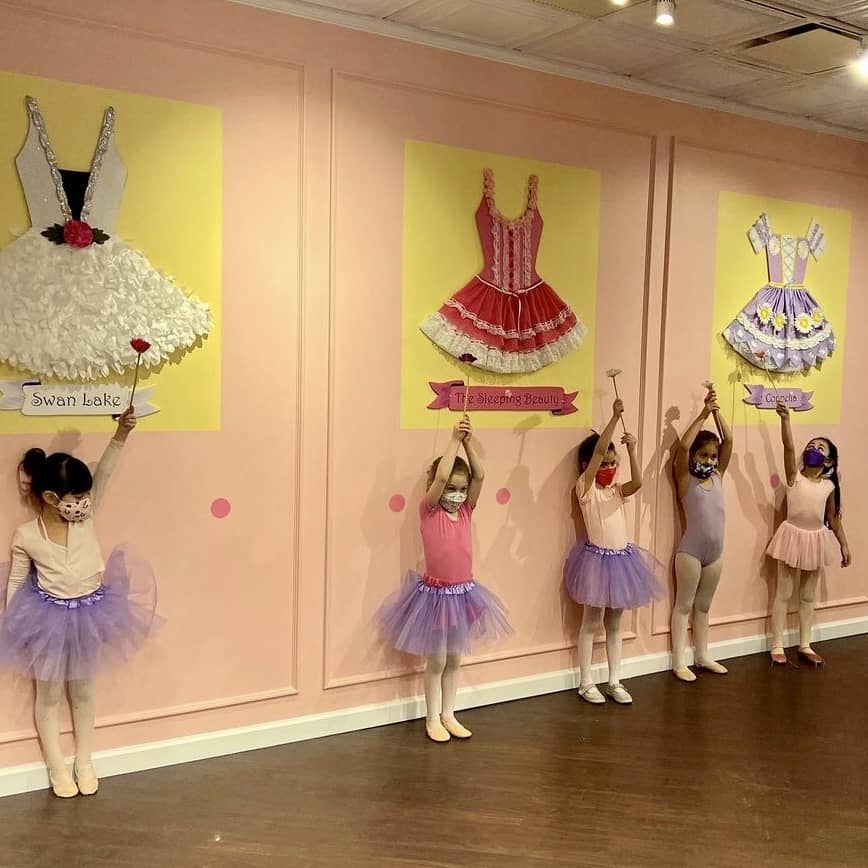 Try a free trial ballet class at a gorgeous new studio with a focus on stories, imagination and twirling.

Ages 18 months-8 years can develop motor skill to Tchaikovsky and Bach while exploring the enchanted worlds of swans and sugar plums.

Choose from a range of classes times every day of the week. Unlimited makeups while enrolled and no registration fees.

On the same block as nail salons, charming cafes and kids hair salons–making this destination a nice drop off for littles – and a few blocks from the many Degas ballerinas at the Met for after-class inspiration. 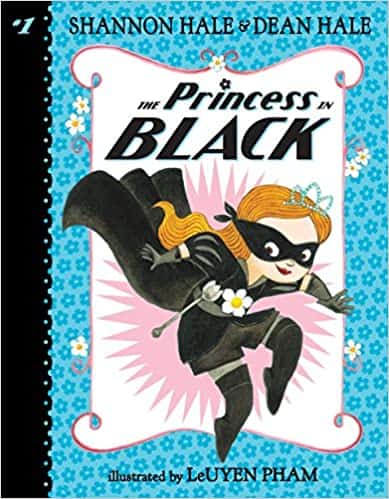 Join sweet yet spunky Princess Magnolia as she transforms from a prim and proper princess to her secret identity, a ninja-like Princess in Black, to save the day from (rather silly) monsters. This humorous and action-packed illustrated chapter book series is amusing and inspiring for all ages (including adults).