All ages can learn about the culture and contributions of Native Americans at the engaging, free admission New York branch of this DC museum.

🌽 Solve puzzles, perform experiments, play state-of-the-art computer simulations and find out how corn is like a dog in the interactive, family-friendly imagiNATIONS Activity Center (10 am–4:30 pm, Tuesday–Sunday).

🦬 Pick up a fantastic family guide and find featured items among the galleries including wood and stone carvings, exquisite clothing, feather bonnets and lots of animal representations plus works by contemporary Indigenous artists.

🪶 Infinity of Nations: Art and History in the Collections of the National Museum of the American Indian, the spectacular, permanent exhibition of some 700 works of Native art from throughout North, Central, and South America demonstrates the breadth of the museum’s renowned collection and highlights the historic importance of many of these iconic objects. Admire a magnificent Kayapó krok-krok-ti, a macaw-and-heron-feather ceremonial headdress, an Apsáalooke (Crow) robe illustrated with warriors’ exploits; a detailed Mayan limestone bas relief depicting a ball player; an elaborately beaded Inuit tuilli, or woman’s inner parka, made for the mother of a newborn baby; a Mapuche kultrung, or hand drum, depicting the cosmos; a carved and painted chief’s headdress, depicting a killer whale with a raven emerging from its back, an early Anishinaabe man’s outfit complete with headdress, leggings, shirt, sash, and jewelry and other important items from different regions along with works by contemporary Naive artists.

👽 Follow an epic battle between Marvel characters and aliens invading the streets of New York City in site-specific Jeffrey Veregge: Of Gods and Heroes.

💰 Located in the grand Alexander Hamilton US Custom House, with its own commerce-based art.

🛍 Shop for authentic Native American merchandise including apparel, art, literature, jewelry, food, and more for all ages. Housed in what what was originally the Cashier’s Office of the Alexander Hamilton US Custom House; look for original details like antique metal dividers for the cashier’s cages, intricate crown molding, grand chandeliers, and the original vault used by the cashiers. Solve puzzles, perform experiments, play state-of-the-art computer simulations and find out how corn is like a dog in this interactive, family-friendly space. Explore scientific principles behind Native innovations and technologies that are so ingenious, many remain a part of our daily lives.

Get hot, fresh addictively delicious doughnuts 24/7 at Krispy Kreme’s Times Square Flagship store. The 4,500 square-foot shop features a doughnut-making theater, a Glazed Waterfall with digital projection, a giant conveyor belt that runs throughout the store and and a doughnut themed seating area. Choose from a variety of flavors, including an exclusive Big Apple Doughnut, filled with a Red Delicious flavored cream and dipped in a sweet, shiny red shimmer mirror glaze. Outposts also in Harlem, the UES, NoHo and Williamsburg. 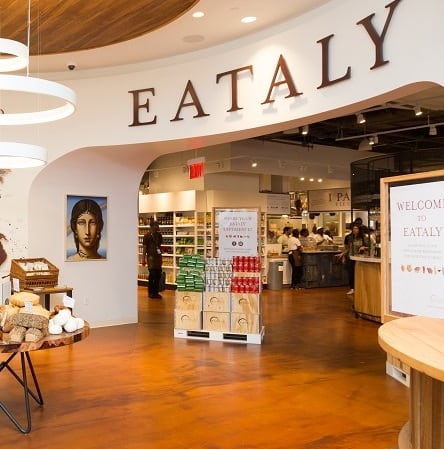 Watch fresh pasta shapes, gooey mozzarella cheese and other products being made.

Look for more than 500 signs that tell the story of different products, from ancient tradition to modern place in Italian cuisine, plus a cool pasta shape map of Italy. Shop for kid-friendly kitchenware and books. Enter the magnificent 1894 Vanderbilt Gate to Central Park’s only formal garden, a six-acre oasis within an oasis with European charm.

Climb onto the wisteria pergola in the Italianate Center Garden overlooking a yew hedges-bordered large lawn and 12-foot jet fountain. To the north, the French-style garden offers spectacular seasonal displays of tulips and Korean chrysanthemums and a fountain featuring the Three Dancing Maidens sculpture.

Friendly gardeners are often planting and happy to chat with young nature lovers. Get the famous Frrrozen Hot Chocolate, a creamy secret blend of 14 exotic cocoas, and other decadent, over-sized desserts at this legendary restaurant and store with whimsical antique-store-meets-ice-cream-parlor decor. Heraty burgers, foot long hot dogs, mac ‘n’ cheese variations, salads and sandwiches are also available. A favorite of actors, artists and tourists for the last 67-years.

Minimum food or drink purchase of $16.95 per person so bring an appetite – portions are huge. 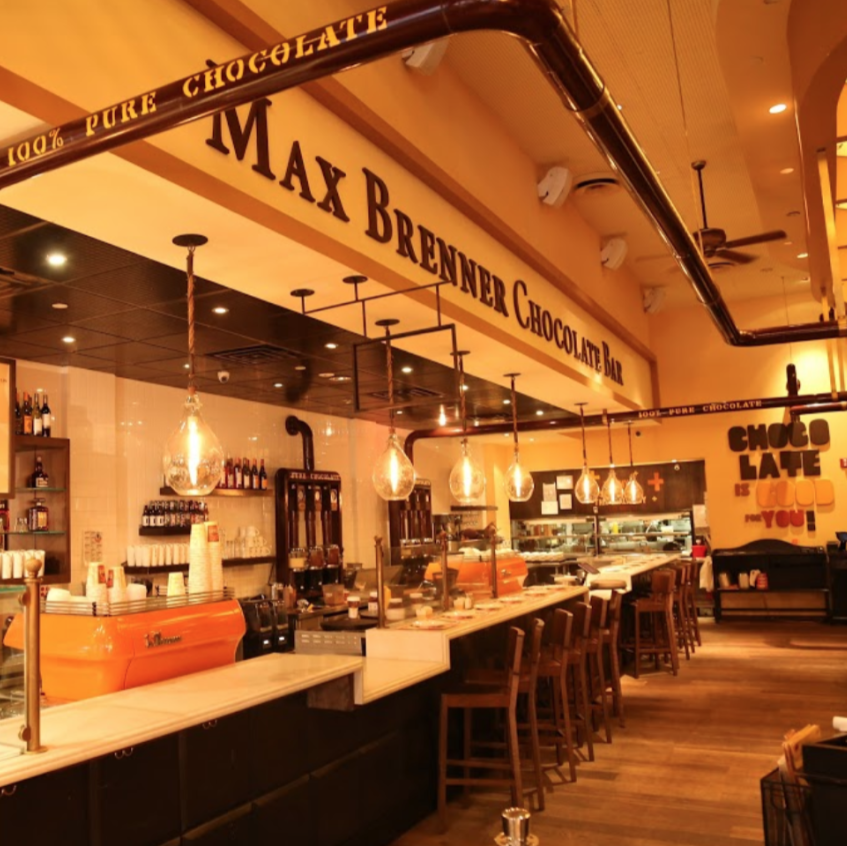 Select from nine hot chocolates – Italian Thick, Oreo, Peanut Butter and more – at this huge cafe and store that feels like Willy Wonka’s chocolate factory, with tubes of liquid chocolate criss crossing the space. Choose from a variety of creative, high-quality chocolate concoctions to fo, gift or to eat on site.

Salads, paninis, pizza, cocoa spiced waffle fries etc. available on the extensive menu, but the real draw is the over-the-top desserts from marshmallow chocolate pizza to three types of chocolate fondue to a melting s’mores sundae to a syringe full of chocolate goodness. Lots of cocktails, including a chocolate peppermint martini, available for grown-ups. Choose from than 100 kinds of delicious dumplings plus noodles & other Chinese dishes in a striking, modern interior with bold Chinese red across walls. Deep semiprivate booths have individual TV screen showing highlights of the extensive menu. The myriad of details in this colorful 97 by 40-foot mural by famed street artist Tristan Eaton on the side of a residential building on Fifth Avenue in reference the rich history of the NoMad neighborhood from the Gilded Age onward. The woman’s face is based on early 20th-century model, chorus girl and catalyst for the “Trial of the Century” Evelyn Nesbit, with references to the Tenderloin District, the Gibson Girl, a notorious police inspector and more thorughout. Explore Jim Henson’s groundbreaking work for film and television and his transformative impact on popular culture and learn how Henson and his team of builders, performers, and writers brought to life the enduringly popular worlds of The Muppet Show, Sesame Street, Fraggle Rock, The Dark Crystal, and Labyrinth.