See re-creations of two groundbreaking exhibitions of light and color that Dan Flavin mounted in 1967 at New York’s Kornblee Gallery, then located at the nearby and architecturally similar 58 East 79th Street.

In one gallery, a series of six vertically oriented works in cool white light, each varying slightly from one another, punctuate the space, making a subtle incursion into the existing architecture; whereas in the opposite gallery a work composed of six diagonals dramatically washes the space in green light. 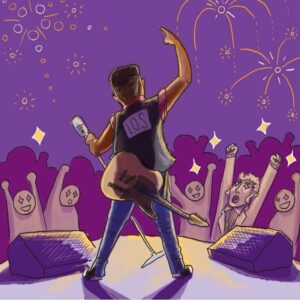 This rustic playground hosts an amazing 45-foot granite slide nestled into a rocky hill, bucket and tire swings, and an amphitheater and miniature stone bridge made of natural materials like plants, stone, and wood at a child’s scale.